As Tottenham prepare for the second leg of their Europa League Round-of-32 tie with Fiorentina, they were dealt a double injury blow with the news that Harry Kane will definitely miss tonight’s game, along with influential midfielder Mousa Dembele, who will be out for a couple of weeks. 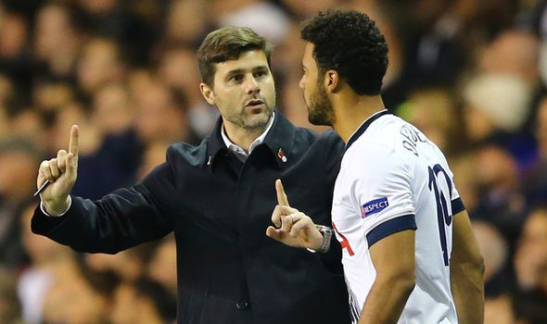 While the strength in depth at White Hart Lane has rarely been as impressive as it is today, the loss of Kane and Dembele during this pivotal period of the season will present a new challenge to head coach Mauricio Pochettino as the club continue their assault on competitions both in Europe and domestically.

Following the game against Fiorentina, Spurs face Swansea at home this weekend, West Ham away midweek and Arsenal at home next weekend – all three league matches come in the space of a week, and it’s quite possible that these four games in isolation could define Tottenham’s season, and their prospects of lifting some silverware come the end of it.

It’s fair to say most fans went into the current campaign with modest expectations. Last season was hardly inspiring, with results and performances inconsistent at best. The thought, in the summer, of Tottenham being second in the Premier League – two points off top – in late February, was a fanciful flurry of fantasy, confined to the minds of idealists and daydreamers.

Fast forward to today and Spurs find themselves on the cusp of something historic. Pochettino has melded together a group of players who are undoubtedly greater as a unit than the sum of their individual parts. There is dangerous talk of a Champions League place being as good as secured. Some even dare discuss the prospect of Spurs winning their first ever Premier League title in May.

Great expectations have arisen from modest aims. Finishing outside of the top four in the league would now be seen as a disaster. Even finishing fourth would be seen as a disappointment to many especially when considering the lofty position of the club at this moment in time. The goalposts have moved for a lot of people and only a record Premier League finish will be satisfactory for some. The classic Bill Nicholson quote of “It is better to fail aiming high than to succeed aiming low” is one that comes to mind.

Much will depend on how Spurs cope with the loss of Kane and Dembele in the coming weeks. Kane is expected back for Sunday’s game against Swansea. Fans will be hoping that his absence tonight against Fiorentina will not play a factor in Spurs being knocked out of the Europa League. Presumably either Heung-Min Son or Nacer Chadli will start out as the main attacking threat – a role which neither has entirely convinced in so far this season.

Dembele is potentially a bigger concern, especially with him also set to miss tough league games against Swansea, West Ham and Arsenal. The Belgian has been arguably Spurs best player this season and his impact on the team and how they play cannot be understated. Dele Alli is the most likely to cover for him alongside Eric Dier. Nabil Bentaleb, Ryan Mason and Tom Carroll are the other alternatives. But whoever is chosen to replace him, Dembele’s loss is undeniably  a massive blow to the side.

Should Tottenham successfully navigate their way though the busy spell over the next couple of weeks, they will be well placed to exceed the most lofty of fan expectations. In a season where the top three are currently separated by just two points, a positive run of results would go a long way to consolidating their eventual league finish and taking points off their bitterest rivals in the process will make it all the more sweeter.

However, struggle over the next few games, and Spurs could see themselves falling away from the pack in a repeat of years gone by. And while they may still improve on their previous fifth place finish, many will see it as another opportunity lost in a season which promised so much.