The Importance of a Potent Partnership

People have always loved talking about the talents of great players. The Messi versus Ronaldo debate continues to rage on. Before them we wildly lauded the likes of Zinedine Zidane, Diego Maradona and George Best. In a sport so dependent on teamwork and camaraderie, the manner in which we exalt individuals sometimes seems at odds with the underlying principles that The Beautiful Game is based on.

“.. we very rarely focus on the great partnerships running through a side..”

At the other extreme we often speak of the great teams of a particular era – The Hungary side of the 1950’s; the Di Stéfano-led Real Madrid side that won five consecutive European Cups from 1956-60, the Johan Cruyff-led Holland in the 1970’s. Similarly the club game has seen AC Millan’s invincibles of 91-92 and more recently the Pep Guardiola-led Barcelona talked about as some of the greatest teams in recent memory.

However when analysing the dynamic of a group of players we very rarely focus on the great partnerships running through a side; partnerships that are made up of talented individuals that integrate to form a collective team unit.

This summer, Spurs signed Belgian centre-back Toby Alderweireld from Atletico Madrid – effectively rekindling the fruitful partnership previously shared with his compatriot at Ajax, Jan Vertonghen. While it is still very early days, the signs are that the two of them playing together in the heart of the Tottenham defence will go a long way to tightening up a backline that leaked goals last season, as well as bringing out the best in the recently under-performing Vertonghen.

With the acquisition of Alderweireld, it’s fair to say that head coach, Mauricio Pochettino, and his recruitment team, identified a scenario where the signing of an individual would create a pairing that is greater than the sum of its parts.

Harry Kane and Saido Berahino representing the England under-21 side

Similarly the club was heavily linked all summer with West Brom forward, Saido Berahino, and had the two clubs been a bit more forthcoming in negotiations, it’s highly likely this deal would have been completed weeks ago. Berahino, of course, has represented England from under-17 level, and has made 11 appearances so far for the under-21 side. It is worth noting that many of these have been alongside current Spurs sensation Harry Kane, who broke into the senior national team last year. Again, this is further evidence of a transfer strategy that identifies historically successful on-pitch partnerships and looks to replicate them for the Spurs squad.

“Down the left hand side, Danny Rose and Nacer Chadli are developing into a great pairing.”

So what are the areas on the pitch that are we lacking effective partnerships? Centre midfield is an obvious one. While we have an abundance of young, talented central midfielders, none of the combinations on offer have proven themselves to be particularly potent thus far. Nabil Bentaleb and Ryan Mason are probably the closest Spurs have to a regular pairing in the middle of the park, but it could be argued that neither really brings out the best in the other, and hence the partnership is weakened as a result.

“And evidently a lot of this will be dependent on identifying the most potent partnerships among the team.”

Down the left hand side, Danny Rose and Nacer Chadli are developing into a great pairing in the same way Benoit Assou-Ekotto and Gareth Bale used to link up so well a few years ago. However this cannot be said about the right-hand flank, and this will likely continue to be the case for as long as Pochettino is seemingly undecided about his first-choice starters for these wide positions. Kyle Walker and Mousa Dembele have done well against Man Utd and Stoke but neither is certain of holding down a regular starting place. 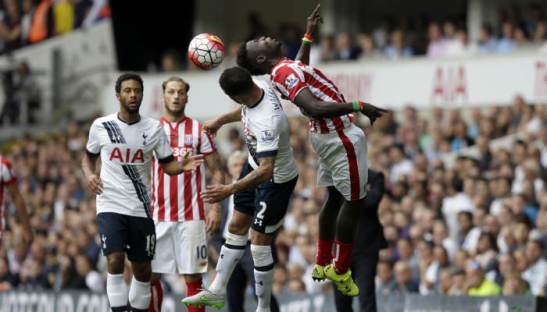 Undoubtedly this season is a vital one for both Spurs and Pochettino himself. Having been at the helm for over a year now, the Argentine has overseen a fair amount of transfer activity, but should be a lot closer to managing a team in his image, and to his personal preference. As the transfer window nears its conclusion, I imagine he will be keen to impose a bit of stability in team selections this season and start to pick a more settled side made up of players he can rely on. And evidently a lot of this will be dependent on identifying the most potent partnerships among the team.

One comment on “The Importance of a Potent Partnership”