This fixture last season saw us win 1-0, through a first half Danny Rose goal. In the second half Ryan Shawcross was sent off for a second bookable offence. Two seasons ago, Stoke also had a player sent off: that time Charlie Adam. Our most recent meeting, at the Lane in November saw us lose 2-1 and lose Kyle Naughton to a red card towards the end of the game.

I’m expecting a close, low scoring game, where grit and stamina will be more important than skill and finesse, and where missed chances could prove decisive.

Overall I have 38% for a Spurs win, 28% for a draw and 34% for a Stoke City win. Currently the best odds for a Spurs win can be found at Marathon Bet who are offering 8/5. 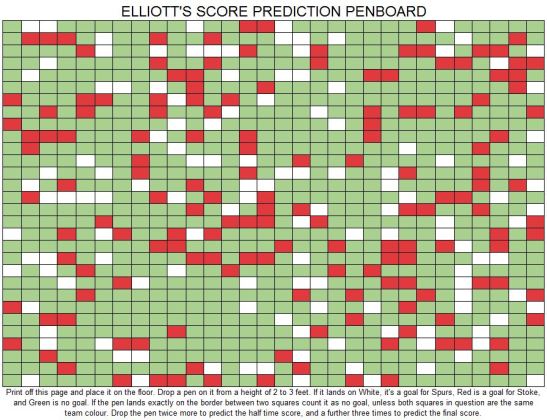 Next week: The Forward Line takes a look at our home game against Hull City.

This entry was posted on 06/05/2015 by javadmovahedi in Uncategorized and tagged COYS, Mauricio Pochettino, spurs, stoke city.